The Australian share market traded sideways during the third quarter of 2019, gaining just 69 points or 1% during the volatile three-month period.

The July-September quarter started well, with the ASX reaching an all-time high of 6928 at the end of July.

However, the market was down by 6% over the following fortnight over concerns about rising trade tensions and recession fears prompted by an inverted yield curve in the US.

An inverted yield curve is a situation that has preceded the past seven recessions, where the yield on 10-year US bonds slip below the yield on two-year bonds.

After the dip, the stock market recovered much of those losses during the rest of August and September, finishing slightly ahead of where it started at the beginning of the quarter.

Earnings reporting season was also mixed again. While the overall trend was relatively positive, only about half of the companies that reported enjoyed a stronger result than what was expected.

That said, the results should be taken in the context of the overall weakening economy, both domestically and globally, and the impact of the escalating US-China trade war.

While some mega companies like BHP Billiton, Woolworths and Wesfarmers reported below consensus, there was good news elsewhere and some companies such as some specialty retailers defied expectations.

The market looks appropriately valued at current levels and we expect near term market movements will be dominated by broader economic and geo-political issues.

There are still opportunities for some further growth in certain sectors, while dividends continue to remain appealing for investors, particularly given the recent interest rate cut and lower-return environment for other income producing assets.

The Reserve Bank of Australia (RBA) cut official interest rates to a new record low of 0.75% in October to stimulate the economy.

The rate cut marked the third time that the RBA has reduced interest rates since June this year.

The average Q3 2019 results followed a positive second quarter this year, with the ASX ending the 2018-19 financial on a 10-year high despite weakening economic conditions and the US-China trade conflict. 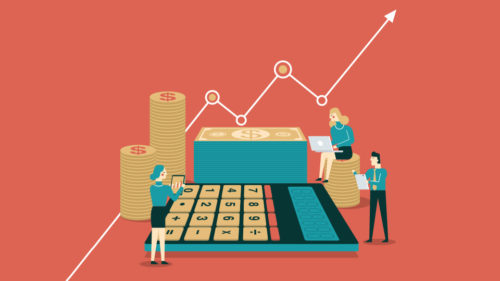 There has been a lot of focus on the US bond markets and inverted yield curves recently amid concerns...

The Australian share market rallied to almost 6700 during the final quarter of the 2019 financial year...